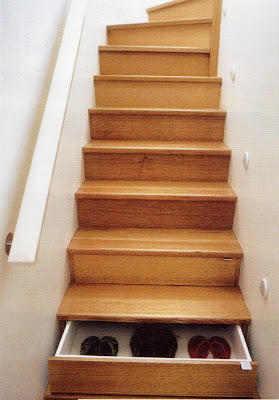 I’m gonna build this in my house. Click on image for slightly more info.

I wish I was a girl for many reasons. One of them is to be able to wear this: This is a homemade balloon in the likeness of Darth Vader. I’m not a big Star Wars guy, but It’s nice to see some creativity in the hot-air balloon community. I have always been critical of seeing the same vibrant and distinctive colors and patterns on hot air balloons. Dark Roasted Blend has a post about the Dry Valleys of Antarctica. It’s just another side of Antarctica you don’t see or think exists. I came across this picture of Mont Saint-Michel on Dark Roasted Blend, an interesting blog that I see a lot of posts show up on digg. The first picture didn’t seem like it was real but there were many more pictures of it.

Here is some information about Mont Saint-Michel from Wikipedia:

Mont Saint-Michel is a small rocky tidal island in Normandy, roughly one kilometre from the north coast of France at the mouth of the Couesnon River near Avranches. Its name comes from a small island, a granitic outgrowth approaching 960 meters in circumference that reaches 92 meters above the sea, dedicated to Michael archangel. The extraordinary architecture of the Mont Saint-Michel and its bay make it the most visited place of interest in Normandy and the third in France (after the Eiffel tower and the castle of Versailles), with some 3 200 000 visitors each year. Classified as a historic building in 1874, the site has been a UNESCO World Heritage Site since 1979. The church is crowned by a gold leaf statue of St. Michael by Emmanuel Frémiet, reaching a height of 155 metres (510 feet) above the sea.

A natural land bridge connected the island from the mainland. This made the island only accessible during low tide, giving it a mystical quality. After the French Revolution, it was used to jail political prisoners. The prison was short-lived as it was closed as a prison and declared a national monument in 1874. Victor Hugo, one of my favorite authors that wrote Les Miserables

, was one of proponents of turning the island into a monument while it was a prison. He described the fast and unpredictable tides as moving “as swiftly as a galloping horse.” The tides around the island moves a meter per second. 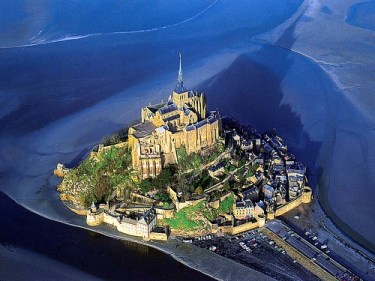 I was surprised that I didn’t know about Mont Saint-Michel because it is the third most visited place in France behind the Eiffel Tower and the castle of Versaille. I guess it’s more popular than the Louvre according to wikipedia. It seems to be a very popular among Europeans. It’s also no surprise that it was the inspiration for Minas Tirith in The Lord of the Rings – The Return of the King